Calling on the Legislature to Raise the Net Metering Cap 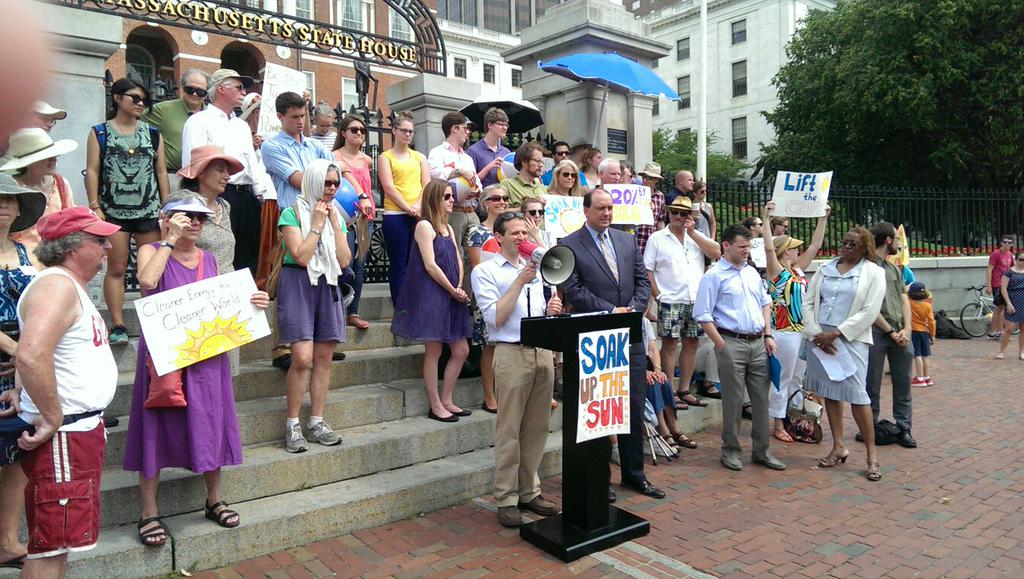 Last week represented a major push in the effort to keep solar working for Massachusetts! 350 Mass joined Environment Massachusetts, Clean Water Action, and other groups outside the State House for a rally and lobby day in favor of raising the caps on net metering. Net metering is a crucial program that allows solar owners to be paid for the power they generate, but there's a cap on the number of projects that can participate. The cap has been hit in 171 communities across the state, bringing our solar progress to a screeching halt. In addition to rallying, we helped flood Speaker DeLeo's office with phone calls asking him to raise the cap. Unfortunately, the legislature adjourned for their summer recess without taking action. We'll keep building power over the next few weeks, and we'll be back in September stronger than ever and ready to keep fighting for solar!