This blog post by Dorian Williams is one of a series of posts written by staff, volunteers and board members reacting to the death of Mike Brown and the failure of the Grand Jury to indict Darren Wilson. We welcome further reactions and reflections! Email [email protected] if you have a response of your own that you would like to share. 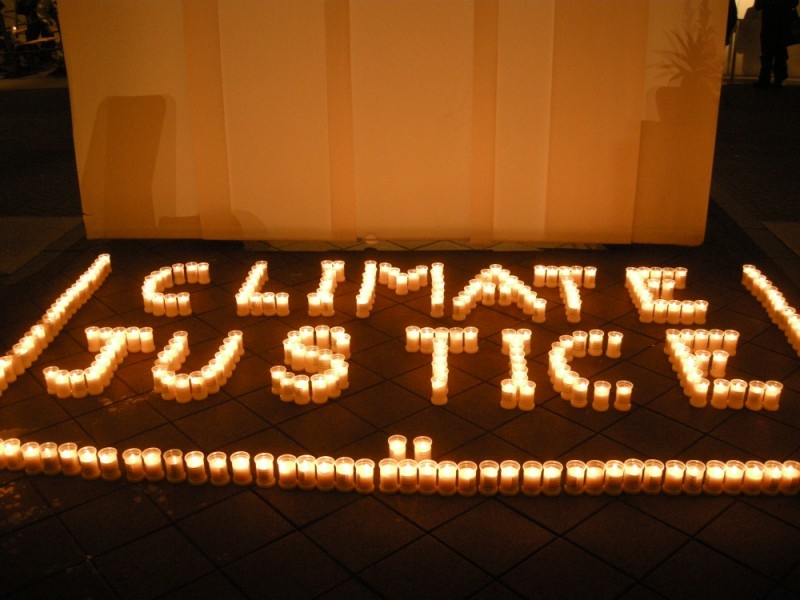 Maybe if you’re a human with a heartbeat that seems like an obvious question. But there are far too many White people in power whose answer to that question has been murky at best.

We can see that with what’s happening in Ferguson as well as the countless other cases of police (and vigilantes) murdering Black people across this country. From Mike Brown, to Trayvon Martin, to Kenneth Chamberlain, the Black veteran killed in his home, to Tamir Rice, the 12yr old Black boy shot dead for playing with a toy gun. All of this while Cliven Bundy and a gang of White men were allowed to point semi-automatic rifles at federal officers only to be glorified as a tea-party cowboys who didn’t even face trial.

But we often pay lip service to Climate Justice without grounding ourselves in what it means.

And while I do not claim to have an arching definition, to me, it means the difference between fighting for a climate-changed world that prioritizes justice or one that upholds existing power structures: including institutionalized racism.

Because let’s face it, climate change is already happening. The climate has changed and will continue to do so at a rate that we will determine. But the more the climate changes, the harder it will be to change peoples’ attitudes when there are limited resources, pending wars and unrelenting extreme weather.

Therefore, if we do not stand on the side of justice now and actively support those fighting for their freedom, what will we do under more extreme conditions?

That support can take many forms: showing up at events, having hard conversations with your family and friends, and offering financial assistance. But that support must come.

We have a responsibility as climate activists (many of us White and wealthy) and as humans to support the people of Ferguson and Black people around the world. From our backyards, with youth of color fighting for affordable public transit and communities of color fighting to stay in their homes in the face of foreclosure and gentrification; to our international community, as people of color in the Global South are forced to migrate to colder climates in the North that are predominately White. We must ask ourselves, will we welcome them or will we treat them as we have other immigrants of color and let them die at our borders?

How we decide to treat Black people now will inform how we will treat them in the future: either with love and respect or military force.

So its time we stepped up to stand for justice across all fronts. Let us make this climate-changed world one we all want to live in.