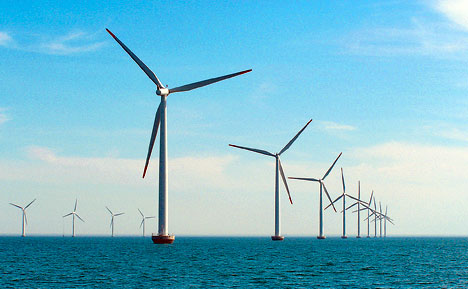 Fourteen years after it was initially proposed, the nation's first offshore wind farm is in trouble.
For Massachusetts to get all of its power from renewables, as much as 55% of our electricity will need to come from offshore wind. Cape Wind -- a 468-MW wind farm with 130 turbines proposed for Nantucket Sound -- is a vital first step.

Cape Wind was first proposed in 2001. The project met obstacle after obstacle, but by late 2014, construction seemed to be only a few months away: all of the permits were in place, Massachusetts' biggest utility companies had committed to buy 75% of the project's power, and most of the financing was ready to go.

Then, on January 7, 2015, National Grid and Eversource (then NSTAR) announced that they were planning to back out of their commitments to buy the energy produced by Cape Wind. The ultimate cause of their decision? Relentless lawsuits financed by oil billionaire Bill Koch, who owns a massive gated compound on the Cape, only a few miles from the proposed site of Cape Wind.

Marcy Reed, the president of National Grid in MA, has been a long-term and enthusiastic supporter of the project. Unlike Tom May, the CEO of Northeast Utilities, who has opposed Cape Wind since the beginning, Marcy Reed is on the record calling for more offshore wind in Massachusetts.

Now, Cape Wind’s fate lies in her hands. By reinstating National’s Grid commitment to buy 50% of the power from Cape Wind, she can save the nation’s first offshore wind farm, create thousands of jobs, and help secure Massachusetts’ clean energy future.

We're calling on Marcy Reed to save this project and the thousands of offshore wind jobs that it represents. Join us!

And thank you to Carl Borchert for allowing the use of his beautiful photo of Nysted wind farm in Denmark!