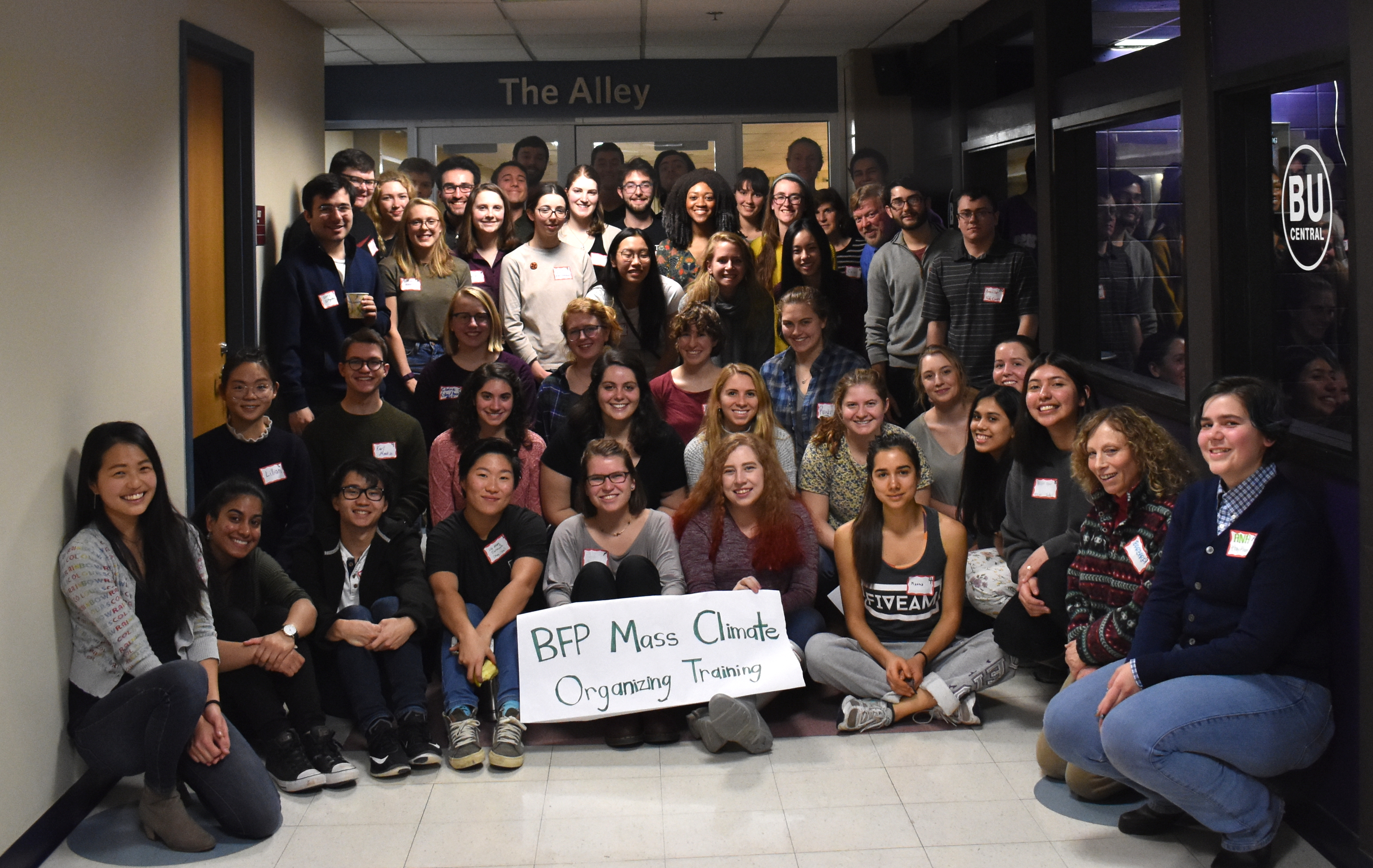 On the day of the training, the fellows arrived at Boston University to prepare. Renee Nichols (Boston College ‘21), Xochitl Tapia (College of the Holy Cross ‘21), and Gracie Jackson (Clark University ‘20) opened up the space and led the introductions. The first workshop was on Climate Change, Climate Justice and the Climate Movement. Aviva Kardener (Tufts University ‘18) and Bolaji Olagbegi (Boston University ‘20) discussed the need to center marginalized communities in divestment and other fights on climate change. The attendees broke out into groups to discuss the different ways in which the impacts of climate change are currently being felt around the world.

Next was an introduction to Campaign Strategy, led by Thomas Bunnell (College of the Holy Cross ‘20) and Sankari Nadanapathan (Boston College ‘21). They discussed the definition of a campaign, using the divestment campaign at UMass Amherst as an example. Thomas also showed how his divestment campaign Holy Cross Fossil Free did a power analysis of their support on campus using a framework called the Spectrum of Support. 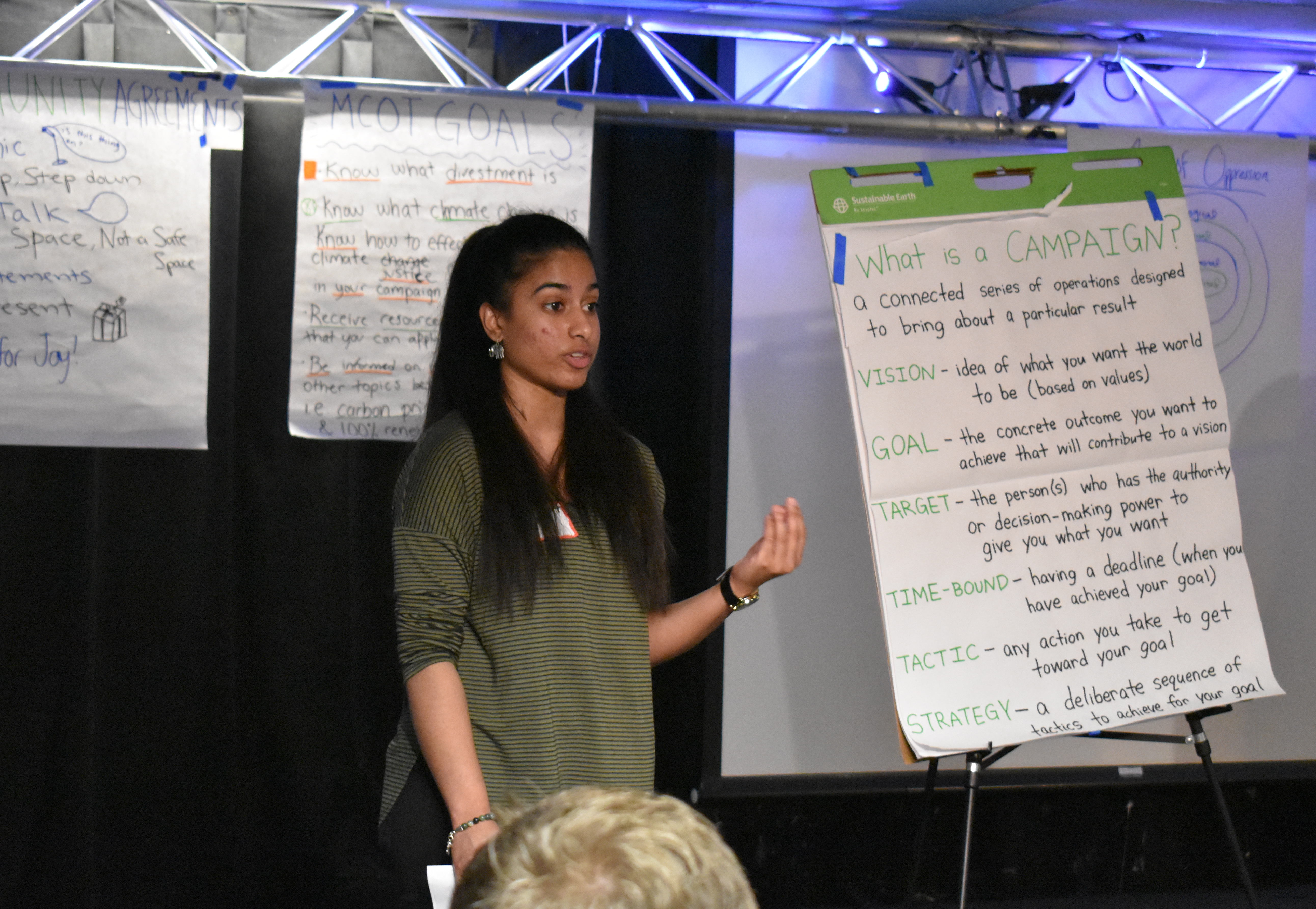 Fellow Sankari Nadanapathan discusses the six components of a campaign.

After lunch, we went deeper into Campaign Strategy with a session led by Laddy DeLuca Lowell (Clark University ‘20) and Celia Bottger. They went over specific tools to use for effective campaign organizing, such as designating SMART goals and relational organizing. To close out all these workshops, participants broke out into their campus groups to reflect on their learnings and to commit to next steps, facilitated by Tamar Moss (Brandeis University ‘21). Everyone then shared their next steps and even posted them in the Facebook Event as a way to stay accountable! 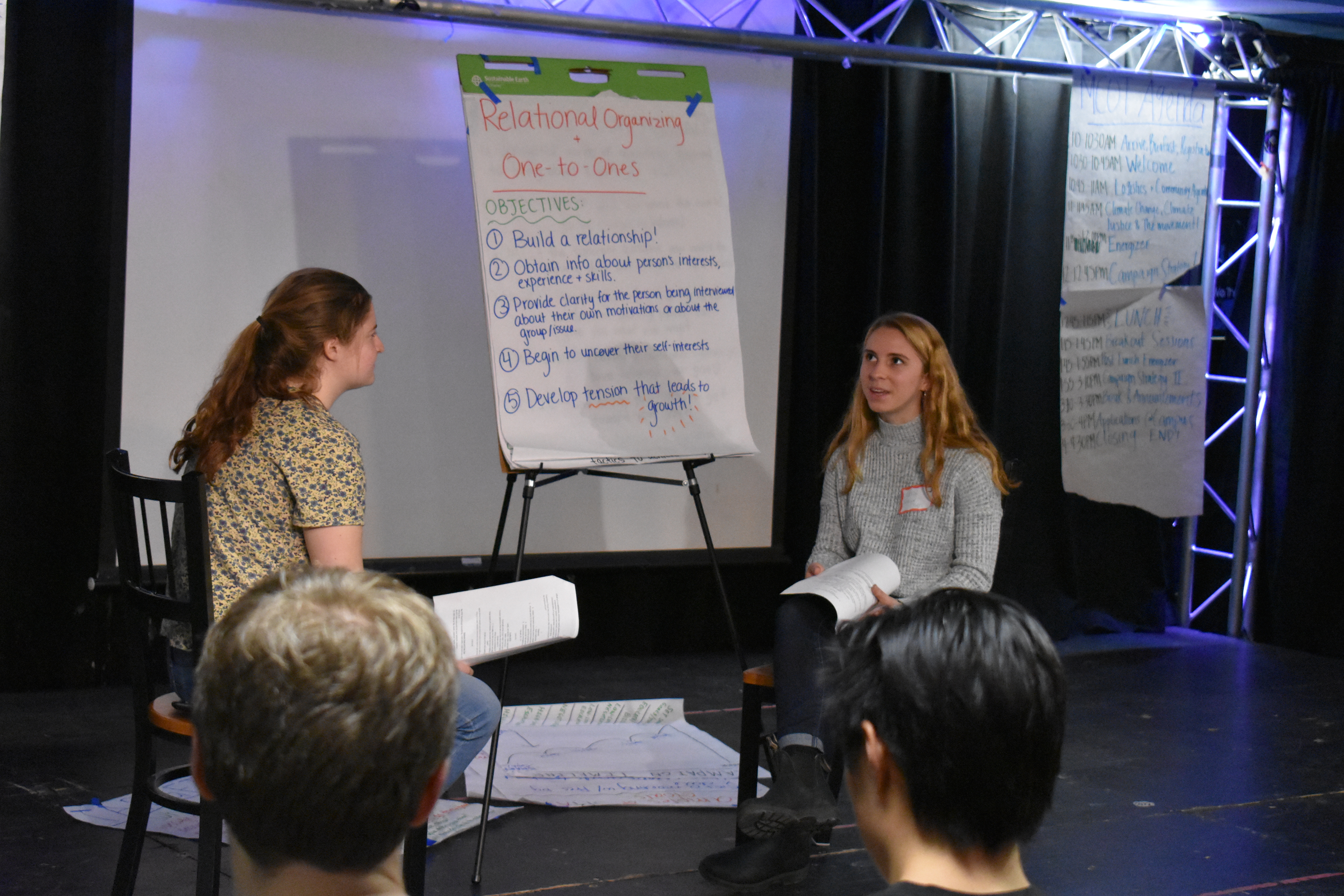 The day was brought to a close with Renata Leighton (Brandeis University ‘21) and Claire Halloran with a “Climate Hokey Pokey” and by Alyssa Lee, the BFP Campus Programs Manager, who shared her story of being a student organizer and the enormous impact of student organizing. 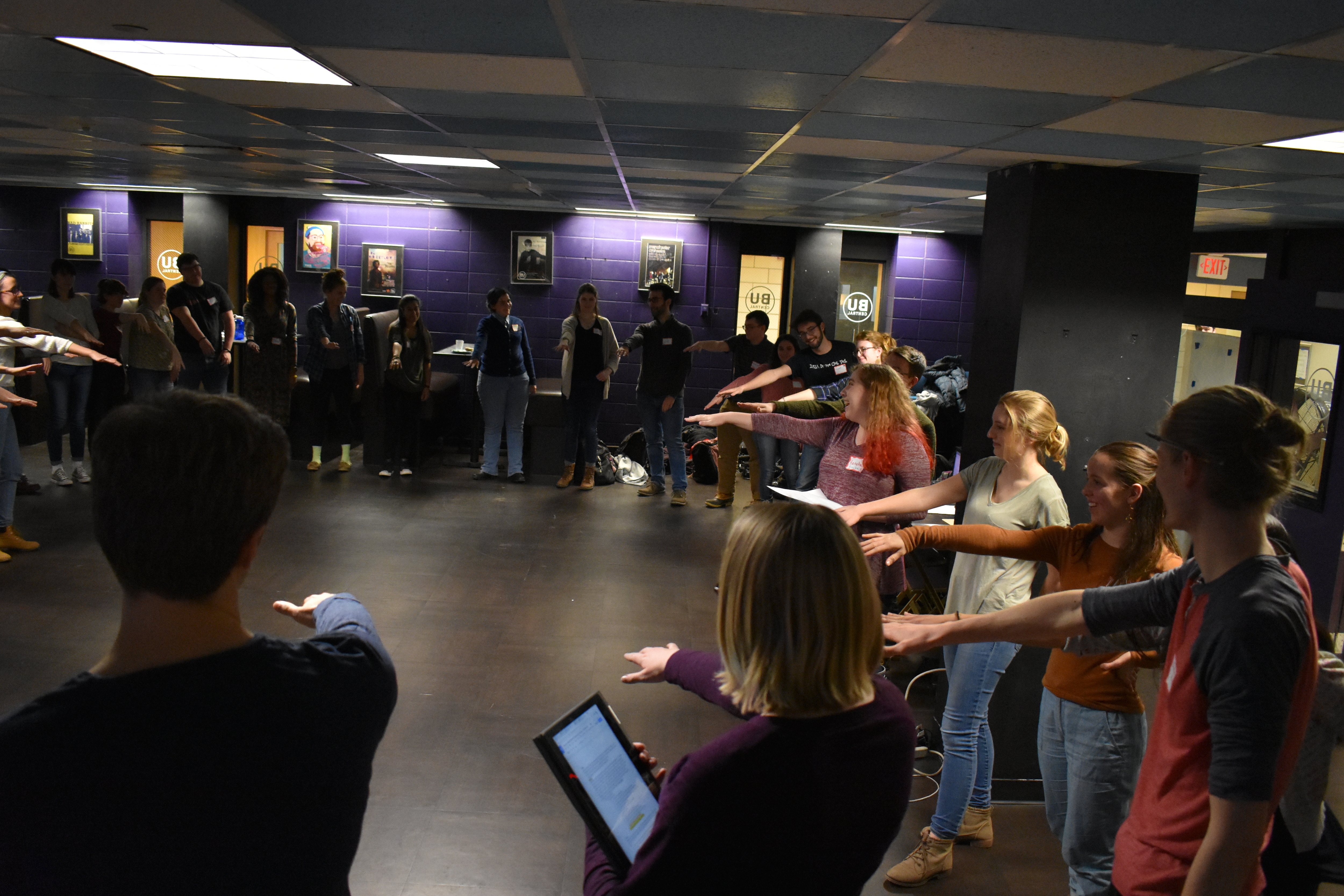 Participants join in on a twist on the Hokey Pokey - put your right hand in if you learned something new about climate change!

Together, we had a brilliant day of learning about climate justice and campaign organizing, and sharing our progress and goals with each other. Better Future Project is proud to facilitate a space where emerging youth climate leaders can join together and get trained and inspired!

All photos were taken by James Garijo-Garde, BFP Climate Organizing Fellow and second-year student at Tufts.