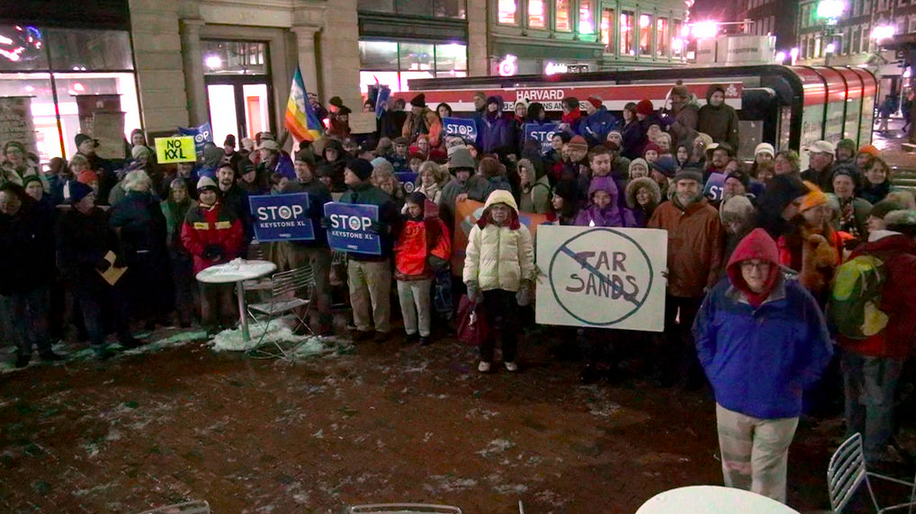 Instead of making another stand in the halls of Congress, or at the gates of the White House, we want to bring the struggle against tar sands home to Massachusetts. There's a real chance that Governor Patrick might take the first steps towards a ban on tar sands oil during his final weeks in office. Such action, especially if it's accompanied by a bold public statement, would set a crucial precedent for Charlie Baker, our incoming governor.