Better Future Project works to build a diverse, powerful, and democratic grassroots movement that will drive society to address climate change and its devastating effects, advancing a fair and fast transition beyond coal, oil, and gas toward an economy powered by renewable energy that equitably benefits all people. 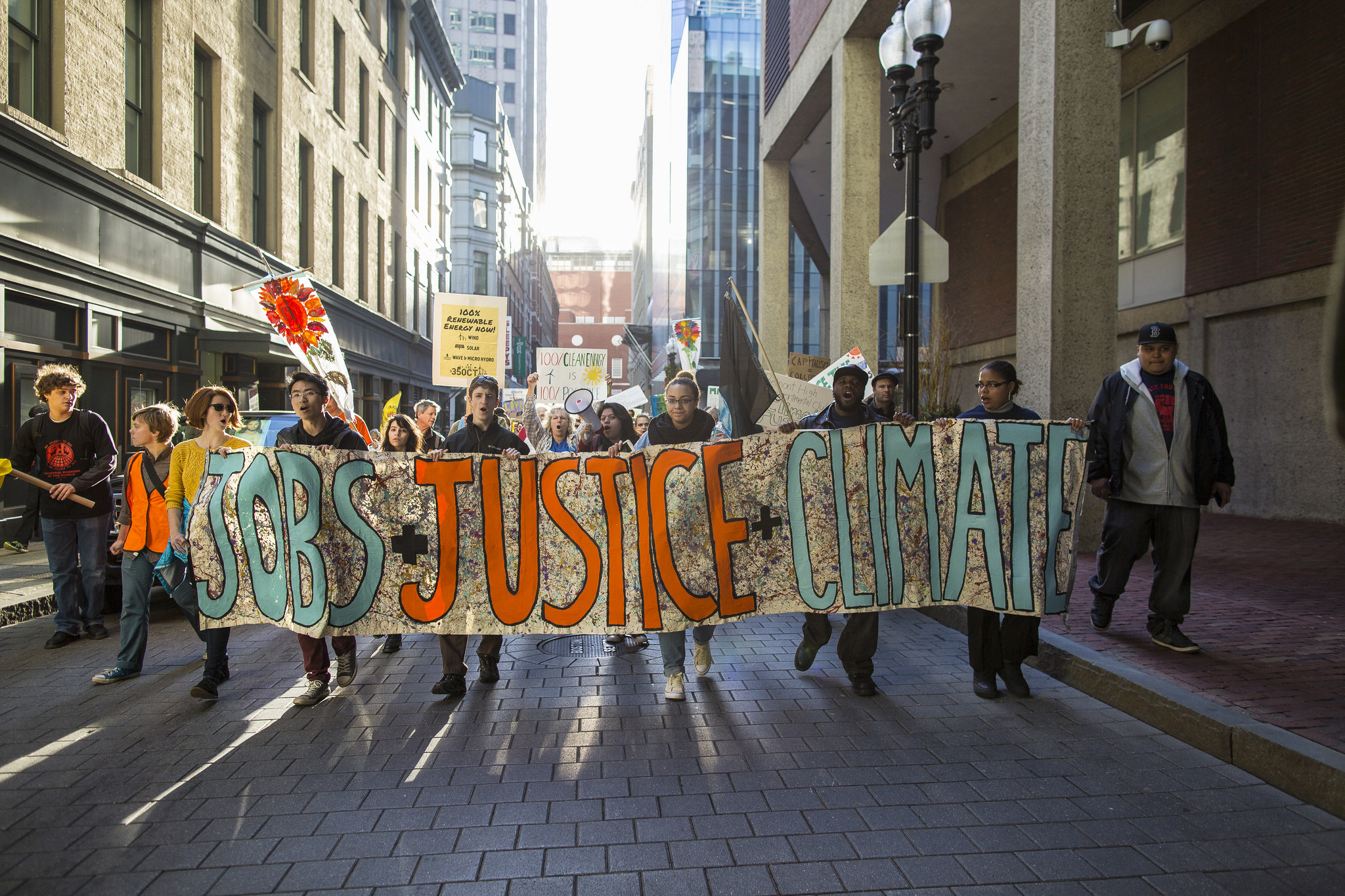 Our guiding vision is a world with a healthy, stable, livable climate where all people live in resilient communities powered by 100% renewable energy that is equitably distributed, decentralized, and democratically controlled and provides millions of safe, well-paying jobs.

We began with a single summer program for college students in 2011. Since then, we have continued our work with university students while expanding our programming to engage the broader community.

In June 2012, we launched 350 Massachusetts, a state-wide volunteer climate action network. 350 Massachusetts now includes hundreds of active members in 18 nodes and counting across the state. With support from Better Future Project staff, 350 Massachusetts members choose campaign priorities and work together to achieve critical victories on climate and clean energy.

Our 350 Mass staff and volunteers are among the strongest voices demanding swift and equitable action on climate change in Massachusetts. In the years since our founding, we've engaged in countless campaigns for climate and clean energy. We helped to bring an end to coal in Massachusetts and helped catalyze the state's burgeoning offshore wind industry. We started the campaign to make Massachusetts the first state in the nation to divest from fossil fuels, and co-founded multiple critical coalitions in the state: Mass Power Forward, which advances state energy policy, and the Campaign for a Clean Energy Future, which is working on passing carbon pricing legislation. We're committed to fighting all proposed new gas infrastructure in Massachusetts, and have helped stall or prevent the construction of multiple gas pipeline and power plant proposals. We're currently working on advancing the Road to a Massachusetts Green New Deal, in deliberate partnership with labor and environmental justice communities.

In September 2012, we also helped launch multiple campus divestment campaigns across New England in close partnership with 350.org, and we have continued to support student leaders with mentorship and trainings. Since 2018, we have expanded to do that work nationally through our Divest Ed program, which supports students at over 80 universities nationwide.

We have been proud to have helped train, coach, and empower hundreds of student leaders through multiple summer programs (including Climate Summer, Ride for the Future, and now our Divest Ed summer fellowship), academic year fellowship programs, and one-to-one coaching relationships. Many alumni of our programs and support are currently leading fossil fuel divestment movements on their campuses, while many alumni have moved on to full-time organizing and climate justice work, including founding national youth climate organizations and serving as elected officials. We are also proud to have supported student divestment victories at campuses such as Middlebury College, Smith College, the University of Massachusetts, North Caroline State, and Boston University (among others).

In 2018, we also launched Communities Responding to Extreme Weather (CREW), a program we are currently incubating, which supports equitable grassroots resilience to climate impacts at the neighborhood level. CREW has launched the successful Climate Preparedness Week as well as worked with anchor community institutions to serve as Climate Resilience Hubs.